It can be said that Paul Brutlag is a farmer first, and a lawyer second, but equally passionate about both! Paul grew up on his family’s farm outside of Wendell, where he has continued to farm since he graduated from college in 1969. He is currently involved in his family’s sugar beet, soybean, corn,and wheat farming operations.

As a veteran farmer, Paul felt a desire to help other farmers with issues he saw relating to the legal aspects of farming. He therefore attended law school at William Mitchell College of Law, receiving his law degree in 1990. He practices law in the Morris area and continues to concentrate in agricultural law; administrative law issues such as wetlands; easements; governmental relations; and business/corporate/cooperative law as it applies to farms and small businesses. He is a member of the Minnesota, North Dakota, and District of Columbia Bar Associations.

Paul’s continuing involvement in farming provides him with firsthand experience in the organization, operation, and the generational transition planning of family businesses and in such farm program concerns as payment limitations, “swampbuster,” wetlands and other FSA and NRCS issues. He enjoys working with farmers on their business organization plans. “I see my role as a counselor in lot of cases,” he said. “I’m one of the management team members a farmer or small business person needs.”

Paul has a degree in agricultural economics from the University of Minnesota, with a minor in mathematics and statistics. He is a graduate of Elbow Lake-Wendell High School. For 12 years he served as lobbyist and agency liaison representative for the Minnesota Sugar Beet Growers and the Minn-Dak Farmers Cooperative. In 1979 the Minnesota Jaycees selected him as Minnesota’s Outstanding Young Farmer.

In 2004, Paul was appointed by Governor Pawlenty as a citizen member and was vice chair of the Minnesota Board of Water and Soil Resources (BWSR). He has served on a number of committees in diverse areas, including an agricultural/wetlands advisory committee for U.S. Senator Dave Durenberger, a hunger task force of the American Lutheran-Church, and the Governor’s Task Force on Workers’ Right to Know. In 1992 he was appointed by Gov. Arne Carlson to the Minnesota Wetlands Heritage Advisory Committee. He was on the board of Runestone Telephone Association in Hoffman for 29 years, serving as president for the majority of his term. Paul’s wife, Gwen, is a licensed psychologist practicing in Fergus Falls. They have two adult children. 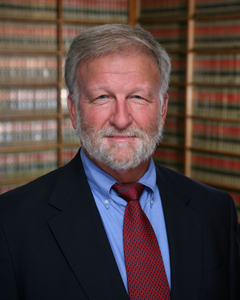