Jason attended the University of Minnesota, Morris, graduating with degrees in History, Political Science, and Social Science. While at UMM, Jason spent a semester in Chelyabinsk, Russia, teaching English and traveled to New Zealand and Australia. He graduated from the University of North Dakota School of Law in 2005. While at UND, Jason attended classes in Oslo, Norway, through an exchange program between UND and the University of Oslo. Jason was also named to the Order of the Coif while at UND, a distinction awarded to law students who graduate in the top of their class.

Jason loves the intellectual challenge being a lawyer presents. After law school, he spent a year as a law clerk for the North Dakota Supreme Court and has since striven to include appellate work in his practice. Jason also practices in the areas of personal injury, general litigation, and estate planning.

Jason and his wife Lynnae, also an attorney at the firm, live in Morris.  They have one child and a Cairn Terrier named Lex (Latin for “law”).

Though not from the area originally, Jason knows Morris well as the former editor of the Morris Sun Tribune newspaper. Jason has also been active in local theatre and is a member of Faith Lutheran Church. 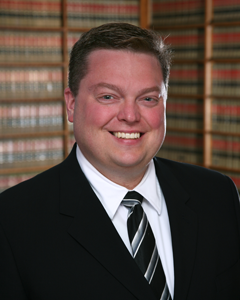